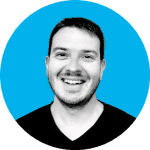 Open Source Applications, Open Source Model, Open Source Softwares
Whenever we need to build something new, we are faced with a fundamental question: Open Source or proprietary software?  The decision usually has long-term implications and should be considered carefully. Here are my 6 reasons why making a decision for Open Source software is a good choice in many cases.

What is open-source software?

The OpenSource is the direction the world has taken

Open-source software has long been the power station behind the development of the internet.
In fact, while there is a variety of free software programs out there, many are proprietary (i.e., the company owns the code). Open-source software is software with source code that anyone can inspect, modify, and enhance (wonderful, right?).
Therefore, programmers who have access to a computer program’s source code can improve it by adding features to it or fixing parts that don’t work correctly.
Here in the Imagicle lab, we’re currently developing our Cloud Services with OpenSource technologies, for:
This was possible by using programming languages (from Java to Golang, not forgetting Python and .NET Core) on cloud frameworks like Serverless and Docker. Even our version control system has a touch of OpenSourcness as it runs on Git.
And now, getting to the point, here are 6 fundamental advantages I believe open source offers over proprietary solutions (and it is definitely the way to go!).

1. The elephant in the room: security.

Let’s start with a bang: security!
Security is always a sensitive issue, and it lies only in one place: numbers.
One of the key strengths of open source software is that anyone can view and modify the code, and someone might spot and correct errors or omissions that a program’s original authors might have missed or, even worse, identify malicious code. The more expert people have access to the code, the more is likely that such issues come forth.
The transparency aspect is essential for security: be aware of developments and of open bugs, have the opportunity to participate in a fix, or to a possible fork… well, this is priceless.
There is no security issue so tricky that it cannot be identified and solved by a large community that works on a project.

2. Dynamism and elasticity of development.

The milestone of Open Source is that it’s made of different people and their ideas instead of a single company.
This two major factors:
Another advantage of using open-source is that the ones with fully developed online communities often continue to grow indefinitely. This means continual updates, patches, and improvements to the software.
Open source ultimately works on a symbiotic basis to help your reputation and to keep businesses from stagnating with the software they use.

Many developers prefer coding with open-source instead of proprietary software for significant, long-term projects. That’s because the source code is public, and users rely on that software for critical tasks being sure that their tools won’t disappear or fall into disrepair if their original creators stop working on them. Additionally, open-source software tends to both incorporate and operate according to open standards.
We shouldn’t forget about the tests! Every valid project is super tested, and it’s publicly visible thanks to a generated label through the public pipeline. This means that the project is robust and reliable.

OpenSource is the future! Didn’t you know?
You would be hard-pressed to find a startup today worth its venture capital funding not based (at least in part if not primarily) on open source.
Open source isn’t a fad, or a bunch of hippies out there in California moving around tie-dye laptops as they may do with illicit substances. 😀 Open source is how modern organizations build software.
Even Microsoft (ok, I said it!), traditionally one of the starkest opponents to open source, has open-sourced their primary development framework (along with Apple and Swift). Today, all of the most significant names in technology, from IBM to SAP, to Adobe actively participate in the open-source community. It’s slightly inaccurate to say that “open source is the future.” Open source has already won.

Okay, let’s not fool ourselves. Let’s tackle the hot topic: money.
Using open-source yields a lower total cost of ownership when compared to closed source and proprietary alternatives. Adopting open source generally has a lower up-front cost (because the software often comes at no cost or relatively low cost). It shifts the cost center from licensing (an operating expense) to customization and implementation (a capital expense). Additional costs like training, maintenance, and support are sunk costs. You’re going to be paying for both regardless of whether the software is open source or not; the cost often being baked into the license in the case of commercial, off-the-shelf software (COTS). What makes open source unique is that you’re not paying for the right to use the underlying intellectual property.

My favorite subject: community!
I wanted to conclude with this point.
What world would it be without Nutella? What open-source would it be without communities?
Open-source software often inspires a community of users and developers to form around it.
The community isn’t just a fanbase that buys in (emotionally or financially) to an elite user group; it’s the people who produce, test, use, promote, and ultimately affect the software they love.
As a developer, I feel much more confident in having a community that supports me during my job.

There are many valid reasons to use Open Source software. In addition to costs and independence from software vendors, security, competitive features, and technical capabilities as well as stability and elasticity of development.
I have tried to summarize them in these 6 benefits: good places to look if you’re wondering whether open source is right for your business.
By the way, has your company benefited from open source?
I’d like to hear about your experience (in the comments space below)!