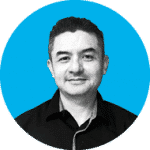 Imagicle Inc., Florida: instructions for use

Here comes the story of the Hurricane

These are some of the names of tropical storms or hurricanes that may form in the Atlantic Ocean in 2018, starting from the 1st of June. 😬
According to CNN, indeed, this year “hurricane season is going to be near or above-normal”, and will have “near or more than the average number of storms in the basin”.

This reassuring news came to me while we were settling in the new Imagicle Inc. branch office in Fort Lauderdale, Florida.

Fortunately, I noticed that my colleagues, like me, have a great spirit of adaptation.
So, after careful reflection, we made a decision: we intend to keep our feet firmly on the ground.

Well, let’s be honest. Miami is not all about wind and rain. It’s mostly about sun-kissed beaches, flourishing arts scene, creative cuisine and salsa-filled nightlife.

Moreover, our office keeps growing, while we are becoming an increasingly close and cohesive Imagicle team.

CNN says another thing: last year was even worse. 17 named storms and three major hurricanes formed.
This year, instead, they will be only 10 to 16. We feel wildly lucky.

From Miami it’s all.